Empower people of all shapes, colors, and sizes to feel their best

It's not you. You're not a strange fit.

Most brands carry five sizes. That means over 5 billion people are in-between or outside of normal clothing sizes.

Furthermore, clothing brands throw away over 5 billion dollars of clothing is thrown away each year.

It's time for a change. Instead of the mass-produced approach, let's make clothes to-order that fit perfectly, just the way you like.

Let's only use the best mills. And let's focus on quality craftmanship.

Every Garment Made With SmartFit

Instead, our proprietary SmartFit technology generates a unique fit that is tailored to their preferences and body. Based on hundreds of thousands of body measurements, our AI platform makes sizeless clothing affordable and fast.

LEARN MORE ABOUT OUR PROCESS

Not only do we reduce fashion waste, but we work with sustainable mills and sustainable factories. Our core sewing partnersare SA8000 certified, guarantees fair wages, and always ensures safe and healthy conditions. All of the factories we work with are verified by third parties and have certifications like SA8000 and WRAP. 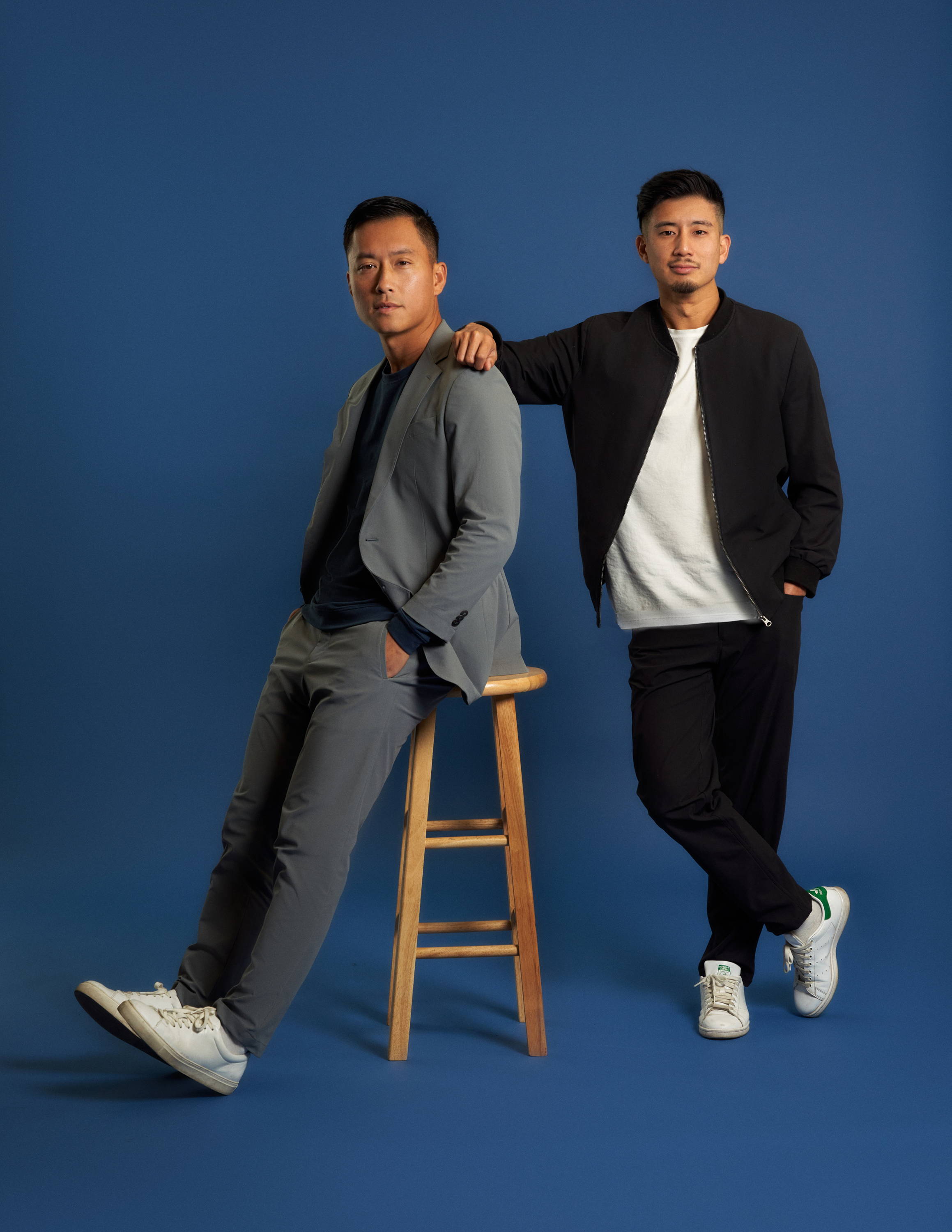 Sene was started by cousins Ray Li and Mark Zheng.

Though Sene as it is today was born on May 2019, there was an earlier version of the business that was totally different.

Though Ray & Mark already had the vision of making clothing sizeless, the execution was entirely wrong. Sene used to have a retail store in Los Angeles. In January 2019, the company only had two months of cash left.

Friends and family asked if it was time to move on.

They decided they needed to think bigger. They needed to make sizing simpler and also create only world-class products.

So they closed the store and got rid of all of their products. They created an early version of SmartFit and relaunched on Kickstarter with the FlexTech Suit. They did over $100K in 14 days, injecting cash into the business and launching it into hyper growth.

Today Sene is the first sizeless clothing company that has had success outside of men's suits, making it accessible to all people. The company is backed by industry veterans, including leaders from Nike, Under Armour, and Li & Fung.

See Sene in the wild.